The Photographic Witchcraft of William Mortensen

A nightmare in sepia; accusations of witchcraft and their subsequent inquisition by torture; an amorphous mixture of twisted bodies; a naked woman is drawn into Stygian darkness by a menacing figure in heavy robes. William Mortensen was one of Hollywood’s most prolific glamorous photographers, but his unconventional photographic techniques and obsession with the macabre and the occult meant that his once illustrious career ended in ostracism and relative darkness.

The son of Danish immigrants, Mortensen was born on January 27, 1897, in Park City, Utah. He served in the army during World War I and, upon enlistment, registered his occupation as “painting”. After his service he studied illustration at the Art Students League in New York, where after two years he was declared to have “no talent for drawing”. Moving to Hollywood in the 1920s, Mortensen quickly found success as a photographer, shooting portraits for many famous actors and actresses. It also began to draw heavy inspiration from the horror films that were filmed there during this time. 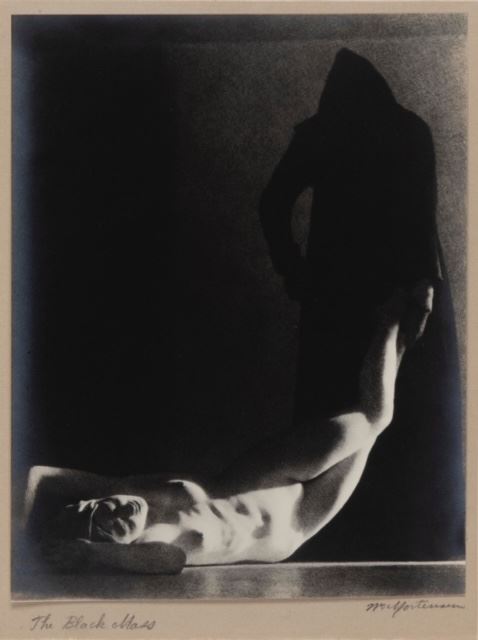 But while Mortensen’s imagery can often be overwhelmingly sadistic and relentlessly brutal, there are layers of deep intelligence not typically found in any B-grade horror film. This is exemplified in The Black Mass / Death of Hypatia. The robed figure in the background of the print, shrouded in darkness, has an unmistakable malevolence in his pose, promising ultra-violent acts on the unclothed and possibly unconscious woman whom he grasps by the fragile ankle. The black mass awaits you. The sacrifice has been chosen and prepared. But is the print really a precursor scene of black magic and devil worship? Or is it actually the opposite? If we follow the last image title, Death of Hypatia, it is. For Hypatia was an ancient pagan Neoplatonic philosopher, mathematician and astronomer, whose fate was to find herself brutally murdered by a Christian mob. This greatly changes the identity of the clothed figure. Opposed to being a member of an infamous dark brotherhood, he is actually on the side of the so-called light. Christianity condemns what it does not know, when in fact it is often the force behind the commission of the most horrible black acts. 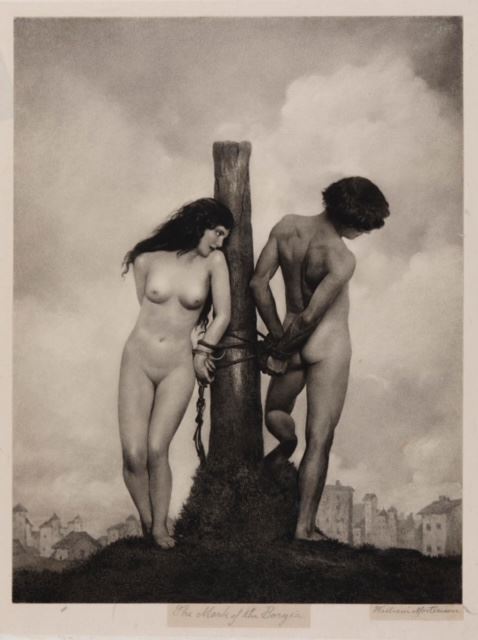 Photographic Justice is a tribute to Corky Lee – AsAmNews

Free Camera Workshop at the Florida Museum of Photographic Arts