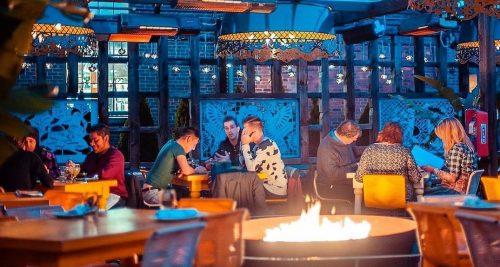 Discount retail wars could head to Festival Park – as shoppers are told B&M is considering opening a giant store on the site outside of town.

Information about B&M’s imminent arrival has come from Go Outdoors staff who are preparing to leave their existing store and move to one of two empty units in the same row.

It comes as separate plans have been approved by Stoke-on-Trent City Council to open a garden center behind the existing Go Outdoors store and follow the opening of the giant Home Bargains store last Saturday.

For the latest news from StokeonTrentLive

Another planning request was also approved to allow the sale of food in the parade of stores between the existing Go Outdoors store and Next.

In response, B&M told StokeonTrentLive that it has no plans to open a branch in Festival Park. B&M already has city center stores on Old Hall Street and Century Retail Park in Hanley.

Go Outdoors is moving barely 11 months after opening its Festival Park megastore. It followed the closure of its Hanley branch – on the site of the former Tesco – after it closed even before the start of the coronavirus pandemic.

A sign in the window of his Festival Park store reads, “We’re moving. You will find us between Argos and New Look.

The council’s report states: “This request aims to create a garden center enclosure. The proposal is considered acceptable in terms of design, amenity and road safety and would allow for sustainable development.

StokeonTrentLive has approached Go Outdoors for a statement regarding their decision to move further along Ridgehouse Drive.

Do you have something to say about this story? Join the conversation by clicking on the green comments icon at the top of this page or on the image box