CNN+’s new show “Big Picture with Sara Sidner” lives up to its name by using multiple LED video walls to present newsworthy imagery while its graphics pay homage to photojournalism and the visual arts.

The show, which debuted March 29, 2022 with CNN+ as a whole, is billed as a discussion-driven look at one of the most important stories making the news every morning at 9 a.m. ballast.

The show is produced from Studio 19Z at the New York Hudson Yards network facility, which is also home to “Don Lemon Tonight”, “Erin Burnett OutFront” and “Fareed Zakaria GPS” and uses multiple locations in space.

“Big Picture” uses bold and elegant typography for its title, often with viewfinder-inspired framing guides and microtext and the word “Big” properly defined in a larger size and in red.

The show begins with Sidner standing in front of the large video wall set up at the bottom of a working staircase as she covers the backstory of what will shape her discussion later in the show, accompanied by a variety of large photos, graphics and maps, depending on the story. 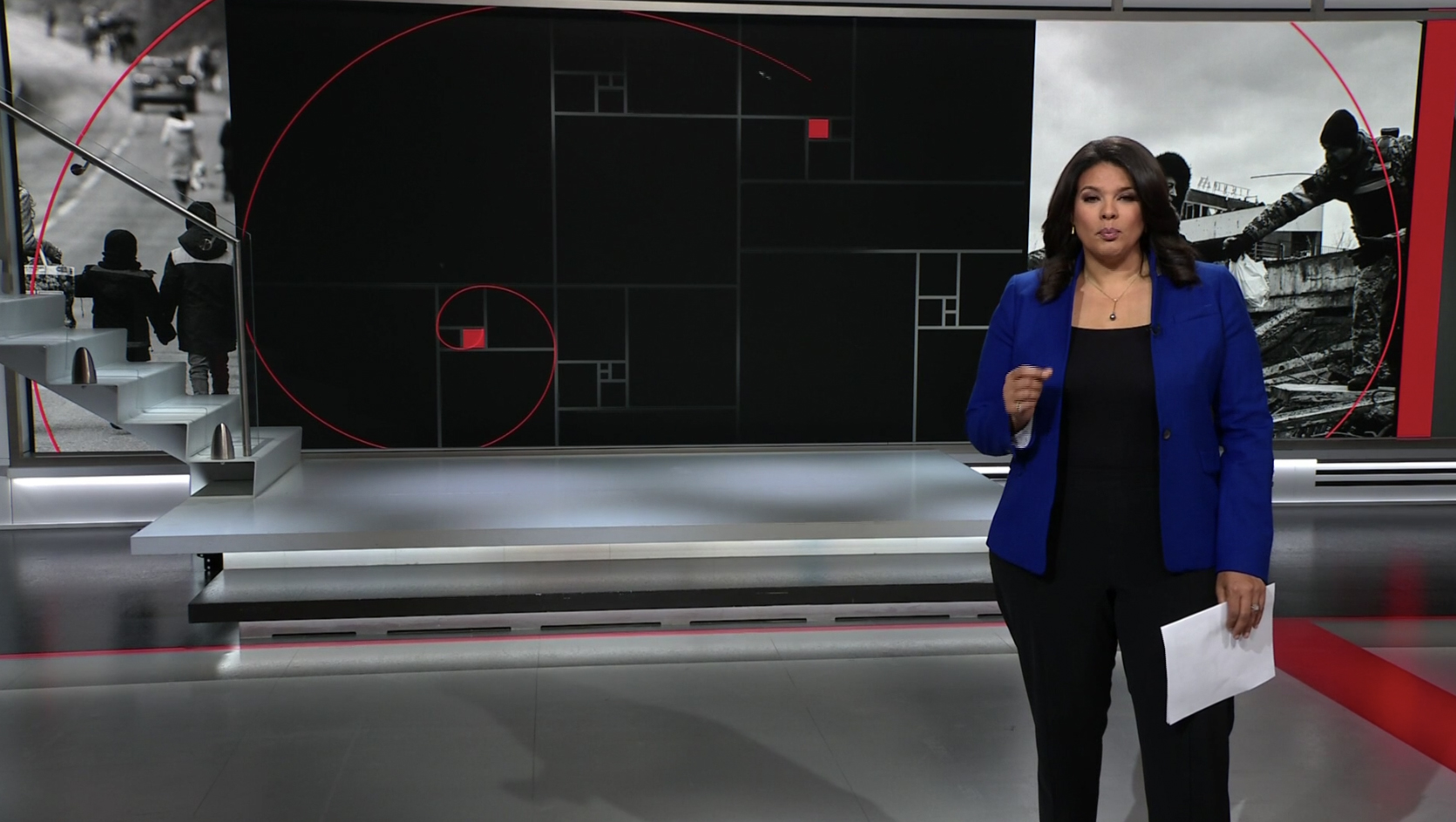 A common transitional element used on this wall and elsewhere in the exhibition’s appearance are the spiral and square graphical representations of the so-called gold ratio, a mathematical concept that may also have applications in art composition and photography. 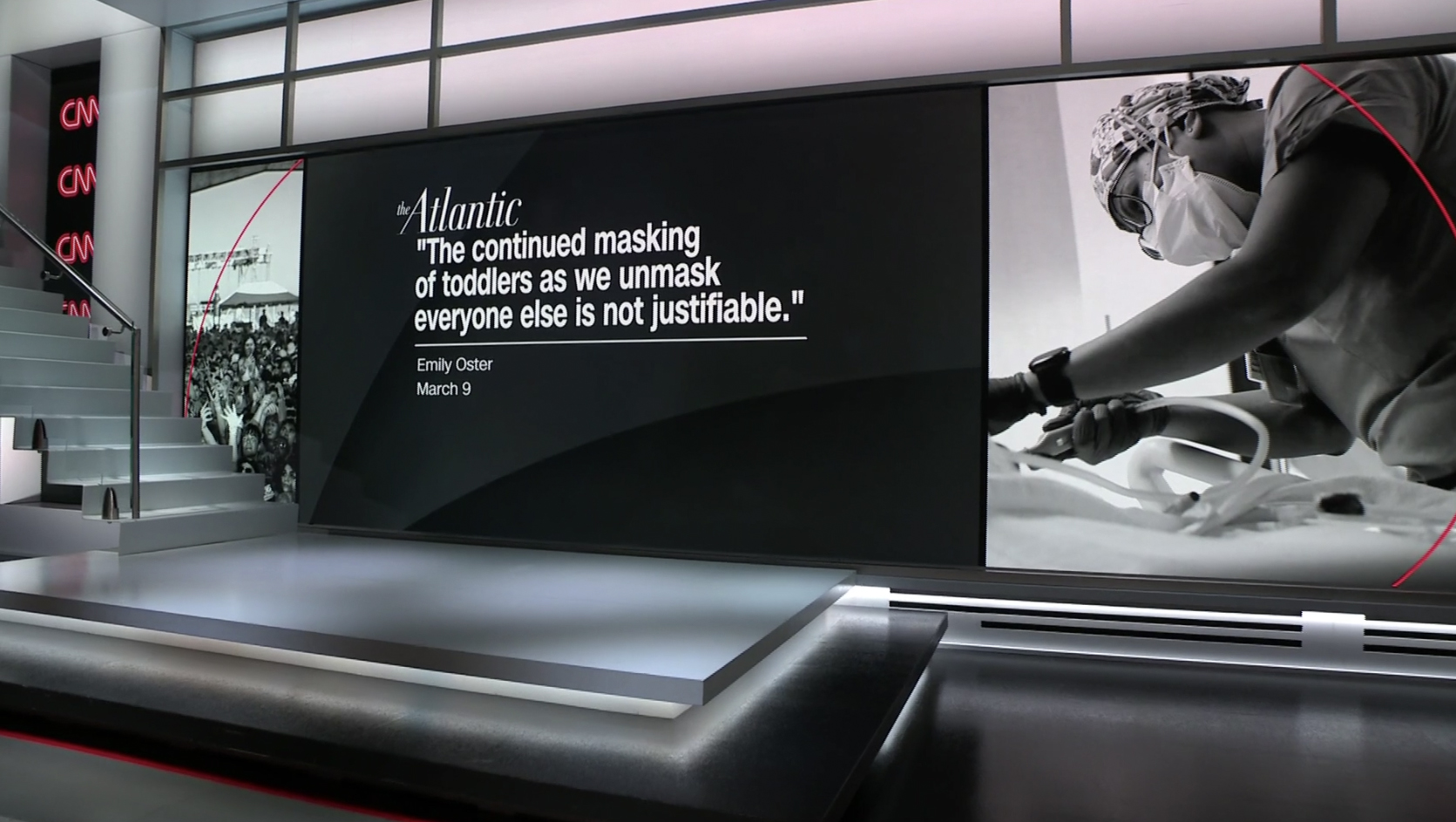 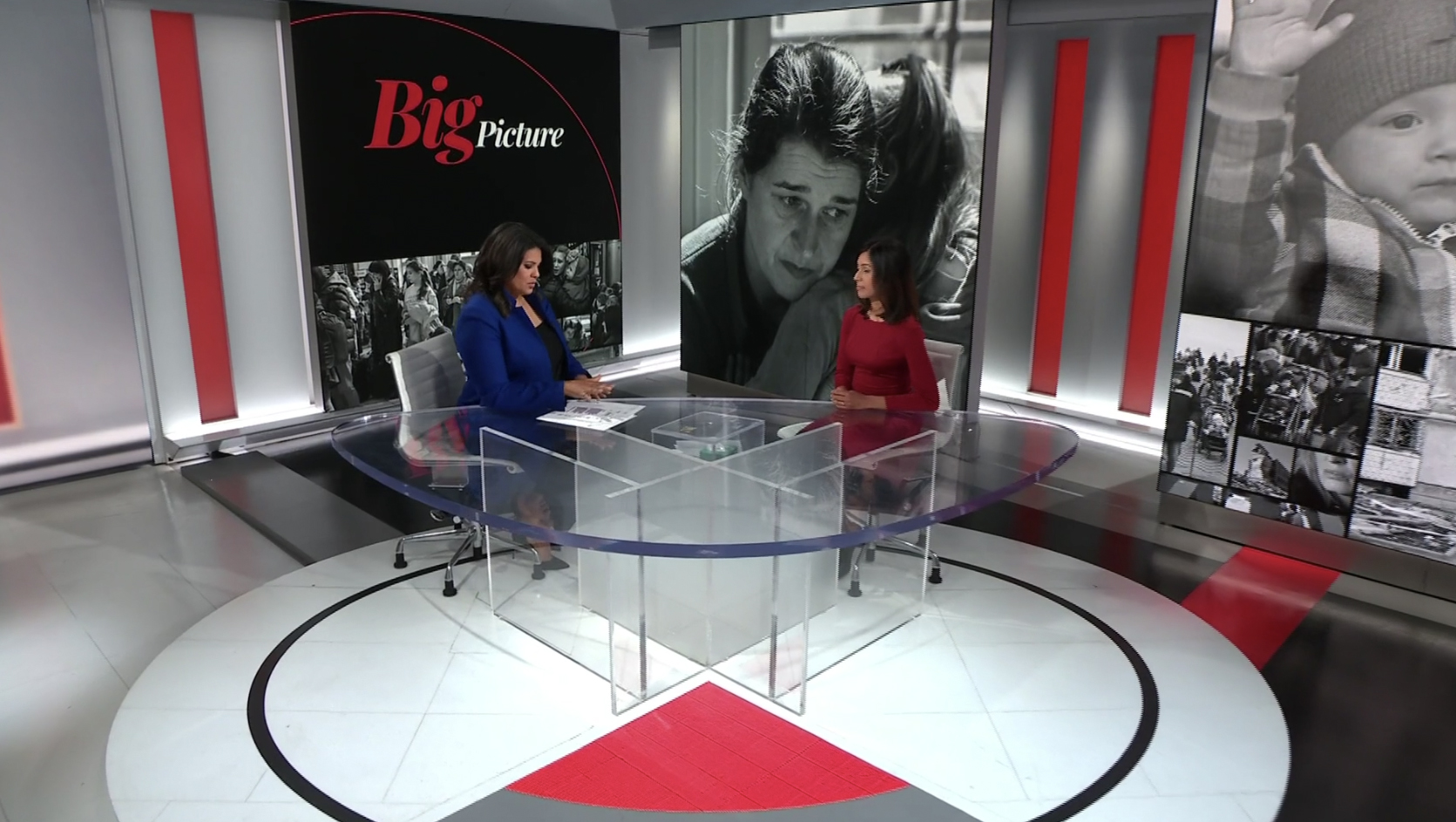 For seated interviews in the studio, Sidner moves to the pebble-shaped desk used by “GPS”, but without its graphic decal.

The desk is positioned in the same location of the studio, with the LED corner displaying a red and gray image, while the sliding video wall panels are positioned to maximize the ability to showcase additional black and white photography in wide shots, while both Sidner and the guest one-shots make more use of off-white walls with vertical backlit elements set to red. 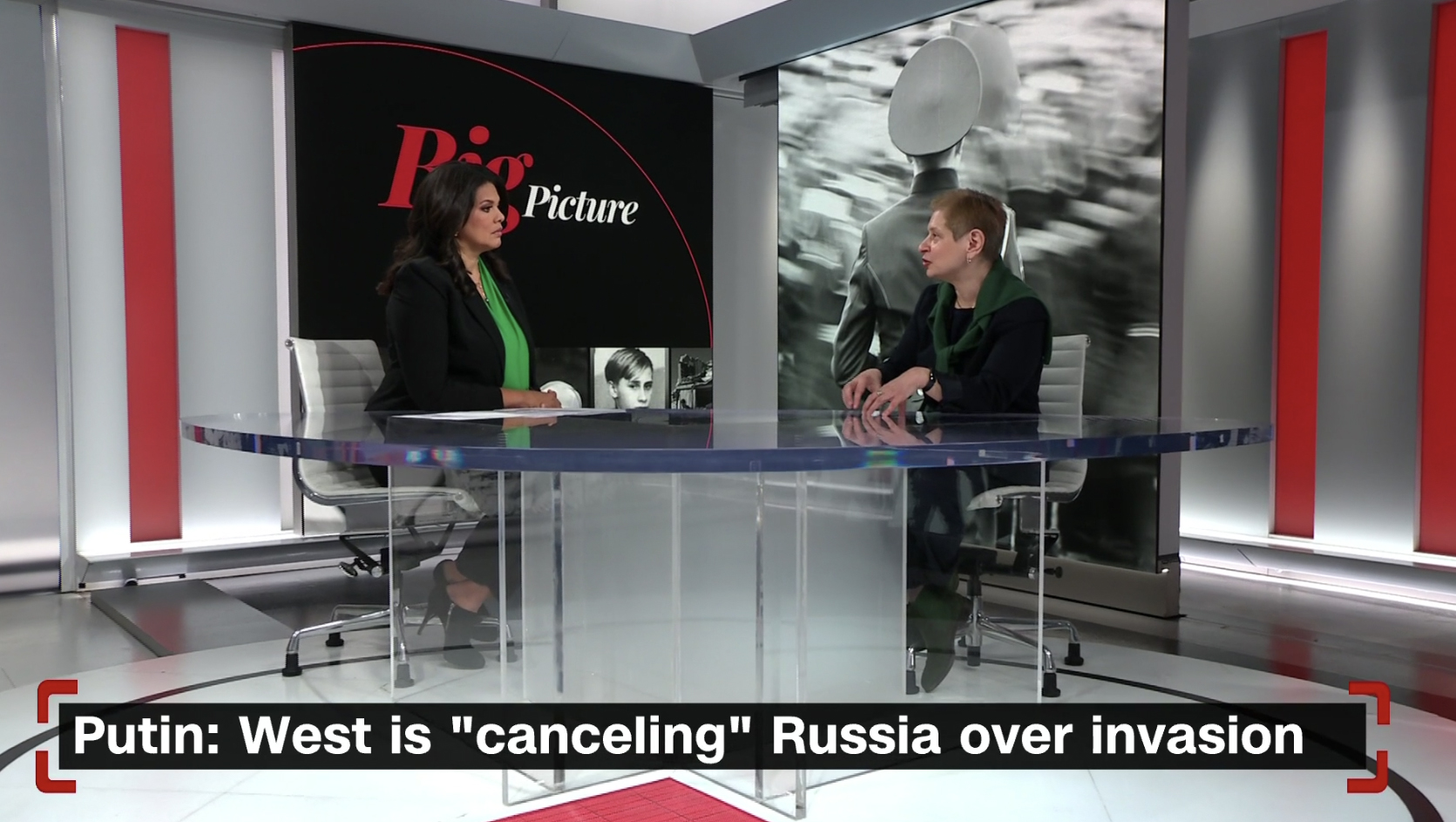 “Big Picture” generally keeps the screen uncluttered by inserting only lower third banners to identify people and guests and for brief key points. 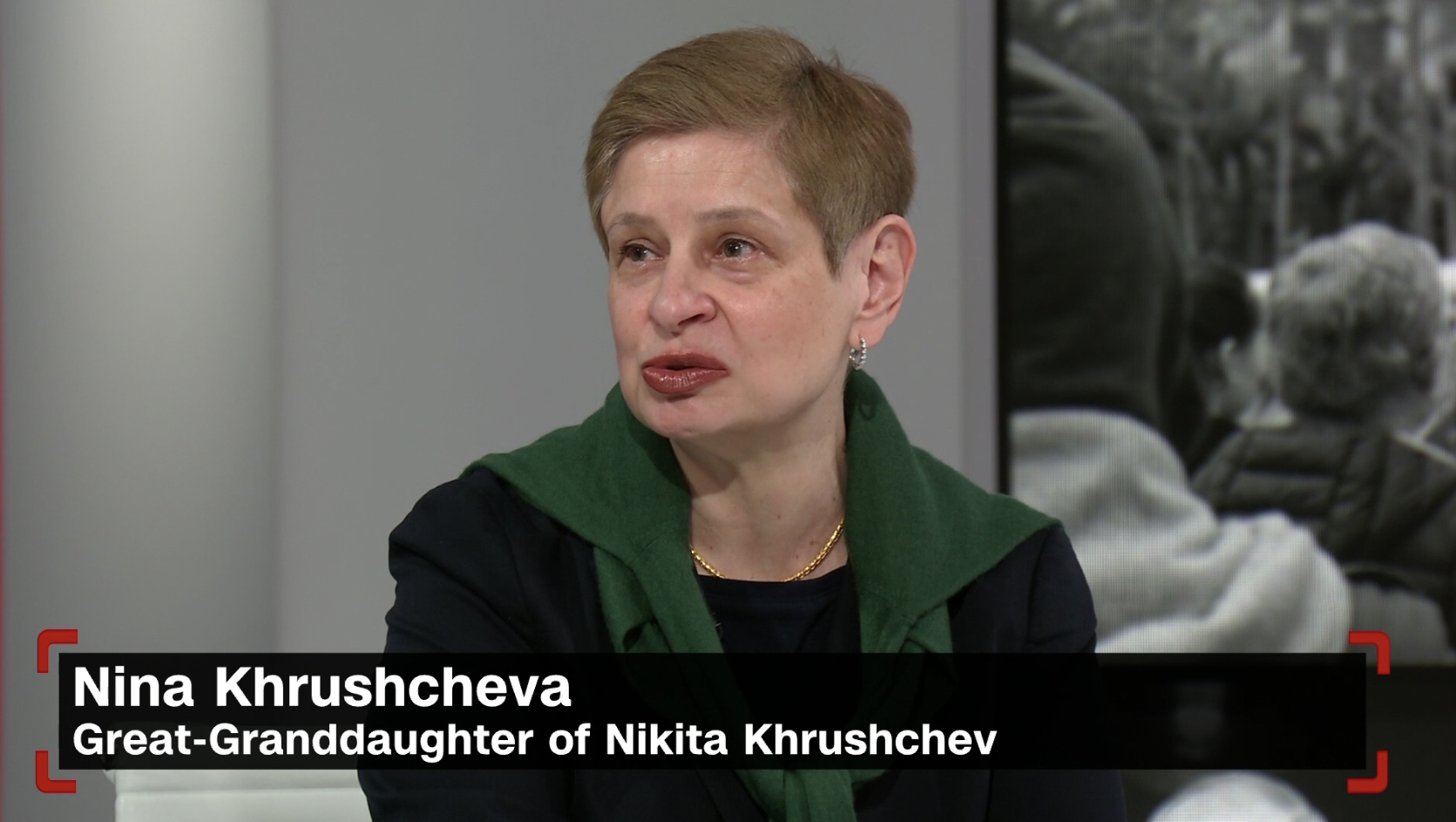 Both use a similar black bar with four red corner accents in bright red, evoking a camera viewfinder framing guide. 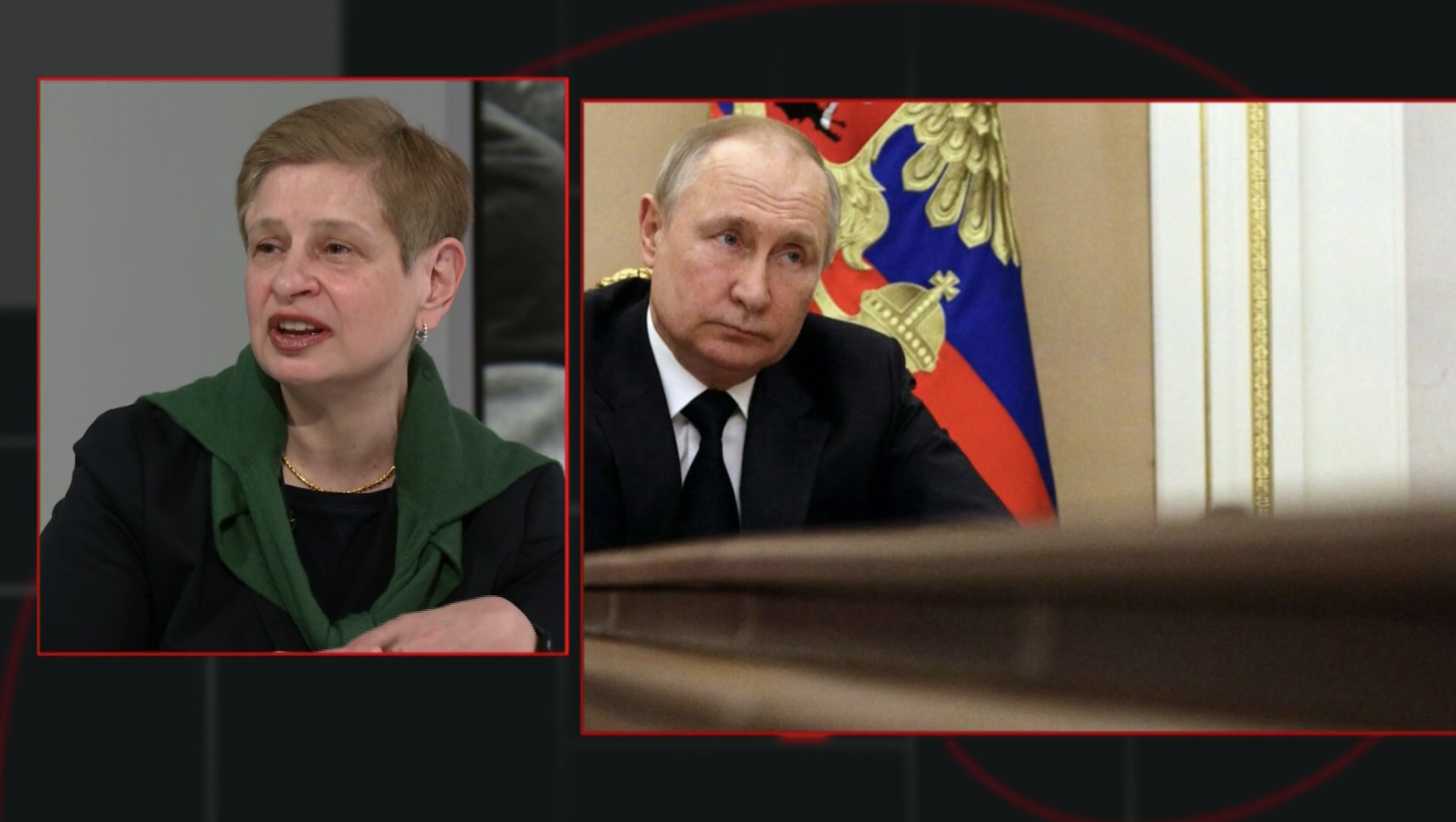 While much of the narration is kept full-screen, the show can also use a boxed layout to side-by-side a studio video feed and B-roll footage. This layout uses a black background with blurred golden ratio elements with the box surrounded by a thin red line.