After screenings in Liverpool and London, Polly Braden’s photographic exhibition hold the baby will be launched in Arnolfini on February 19, where it will last three months.

An accompanying pop-up will also be presented at Baraka Café in Easton (dates to be confirmed), and a book of the project will be released on March 31.

Inspired by Philip Alston’s 2019 UN report on the impact of austerity, Braden worked with a number of single parents and their families, to document the inner worlds of their daily lives.

The results are intimate and quietly revealing, portraying what Braden describes as the transcendent sense of “adventure, optimism, creativity, ambition and resilience” of the single parents featured.

Braden herself was a single mother and was motivated not only to confront common assumptions of the single parent experience, but “to examine some of the biases and policies that impact the parent who stayed.”

The collection is supported by the single-parent family charity Gingerbread and CPAG (Child Poverty Action Group). It was first created by the Museum of the Home in London (curated by Sinéad McCarthy), with funding from Arts Council England, Grain and Behind the Door.

The images depict Fran, Jana, Charmaine, Aaron, Barbeline, Caroline, Gemma and Carike, and their respective children. They were done collaboratively, and usually, but not always, by Braden – particularly during times of lockdown when she was no longer able to enter their homes.

Accompanying Braden’s photos, the exhibit will also feature a series of collected thoughts from single parents on “the favorite thing in their house”, and excerpts from interviews with journalist and longtime Braden collaborator Sally Williams.

As the launch of the exhibition nears, Braden spoke with Bristol 24/7 to share more about his experiences photographing single parent families:

Do you think there is a perceived narrative surrounding single parent families? In what ways does the hold the baby challenge the project or reverse these presuppositions?

“I think the narrative has been around for a long time; the feeling that single parents are profiteers or the otherness of single parents. Not everywhere, of course, but this narrative meant there was an idea around fairness, rather than what people actually needed.

“What I wanted to do was show that all the single parents I’ve met just want to make a really good life for their kids and they fight tooth and nail for that. They work really hard; they want to build a home through thick and thin, and they are the ones who stayed. 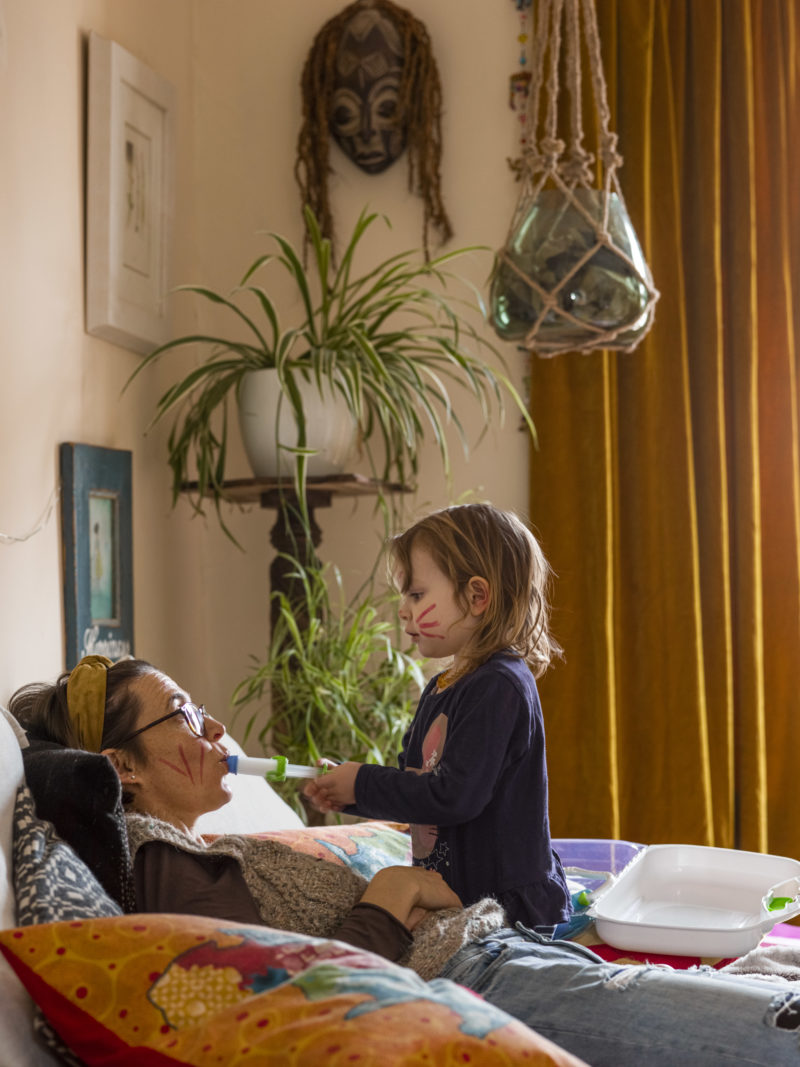 How did the different experiences of the subjects you photographed demonstrate a sense of connection and solidarity between single parents?

“I imagine when you become a single parent for the first time you feel very alone, but I think what women do quite well – because single parents are 90% women – is create a community ; networks of people to help them, as well as charities like Gingerbread.

“But the reality is that if you’re a single parent you might not have the money to pay for a babysitter and often have to be home alone in the evenings with your kids, so there’s a lot of solitude.”

Can you sum up your reportage photographic style and the power to visually represent the everyday life of your subjects?

“I met with eight families and asked if I could come into their home and take pictures in their private space, so there had to be some trust, and there also had to be collaboration. For example, with Jana, to begin with, I photographed her looking away from the camera for about six months; then she said, “I want to show my face, and I want it to be us and the kids.”

‘During lockdown I couldn’t get into the house so sometimes I would set up the camera without people being there and then they would come in and take their own picture so it’s a lot about building relationships and to ensure that they and their children were photographed in a way that they wanted to be photographed.

“They themselves started talking a lot more about the situation of single parents too. When I met Barbeline for the first time, she told me: “It’s okay, I never ask for benefits; it’s too much of a nightmare”. And then after a while, she said, “It’s not good, is it. It’s really horrible that there is no accommodation with two beds for a mother and a teenager; how are you supposed to live with your 14 year old son and have a room?

“In a way, through the project, many women began to reassess what life was and what was right. Gemma, for example, was so busy, she had three children and she was working – but when her husband left she had to collect benefits. You don’t get money for your third child – that’s a two child limit in the UK in terms of the child tax element of Universal Credit. But she’s the one who stayed and she’s being punished for the decision they made based on their previous earnings together. She does all she can; she has no more hours to give. 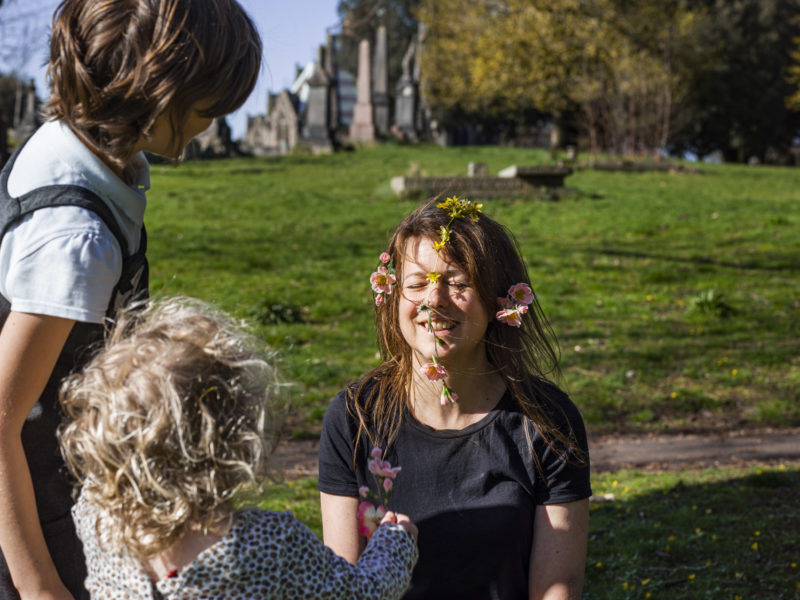 When viewing the collection, is there a prevalent emotional response or general reaction that you might expect to elicit from others?

“I could have chosen to photograph the children when they were falling apart or something, but I chose a line somewhere between performative and documentary. I really didn’t want sad photos. The cover of the book represents Charmaine and her children on the beach: it’s about touch and emotion, and the bonds we have with our children.

“First and foremost, I hope people come in and think ‘wow, these women look so cool, how brilliant they are. Look at Barbeline, she has a fabric design business, and she’s really great with her son Elijah; look at Jana, she went to university, she went to a shelter in Islington – hats off, she’s amazing”. Hopefully people will be amazed at how strong, brilliant and resilient these women are.

“And I also hope they see some of the stories around the exhibit – the different ways single parents are hit so hard by the way our benefit system is set up: the two-child limit; the fact that child support is so far in arrears; the fact that you often can’t get a family ticket if you’re a single parent – all those things that many of us don’t realize. 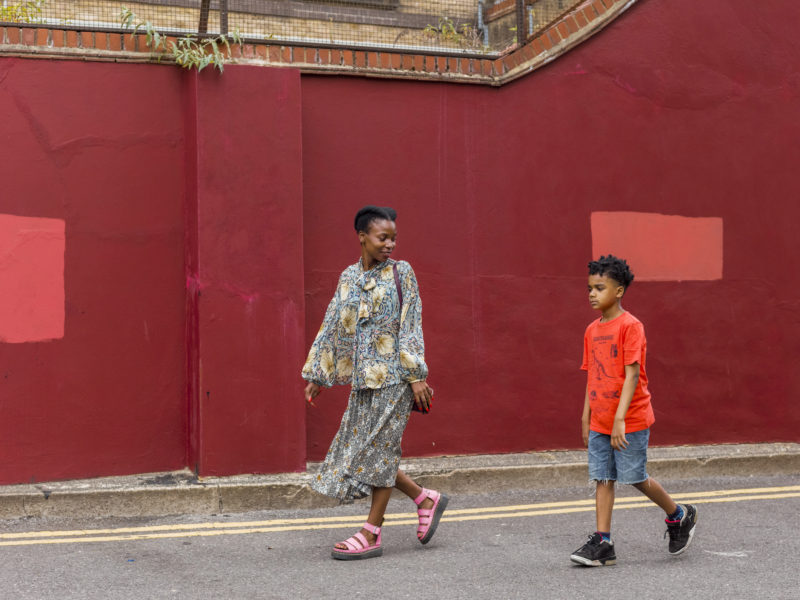 Holding the Baby was born out of the austerity experience of single parents. Now, two years into the pandemic, what are your views on how your chosen subjects have coped with such an unprecedented time?

“I think inequalities have increased during the Covid crisis. Single parents were required to work in addition to being the teacher at home; more single parents have lost their jobs. 49% of single parents were taking on more debt during Covid, and one in 10 fell into unemployment. The charity Gingerbread found that single-parent families were three times more likely to rely on food banks during the pandemic.

“Gemma asks at one point ‘how are you supposed to work and educate your kids at the same time when they need you as a teacher but you have to keep your kids away from you while you’re trying to get your job done?” It’s so tricky.

The exhibit features words from journalist Sally Williams. Can you describe this long-standing collaboration and how it deepens the viewing experience of your images?

“Sally and I have worked together for over 20 years doing stories for magazines, and we’ve done three books together. I think what’s great about the way we work is that together we’re really good at finding people, collaborating, and really listening to stories.

“It’s important for us to let the stories try to speak for themselves, rather than shouting about the issues behind them. So it’s really about going deep and letting the details of someone’s life describe what the situation is like for them. 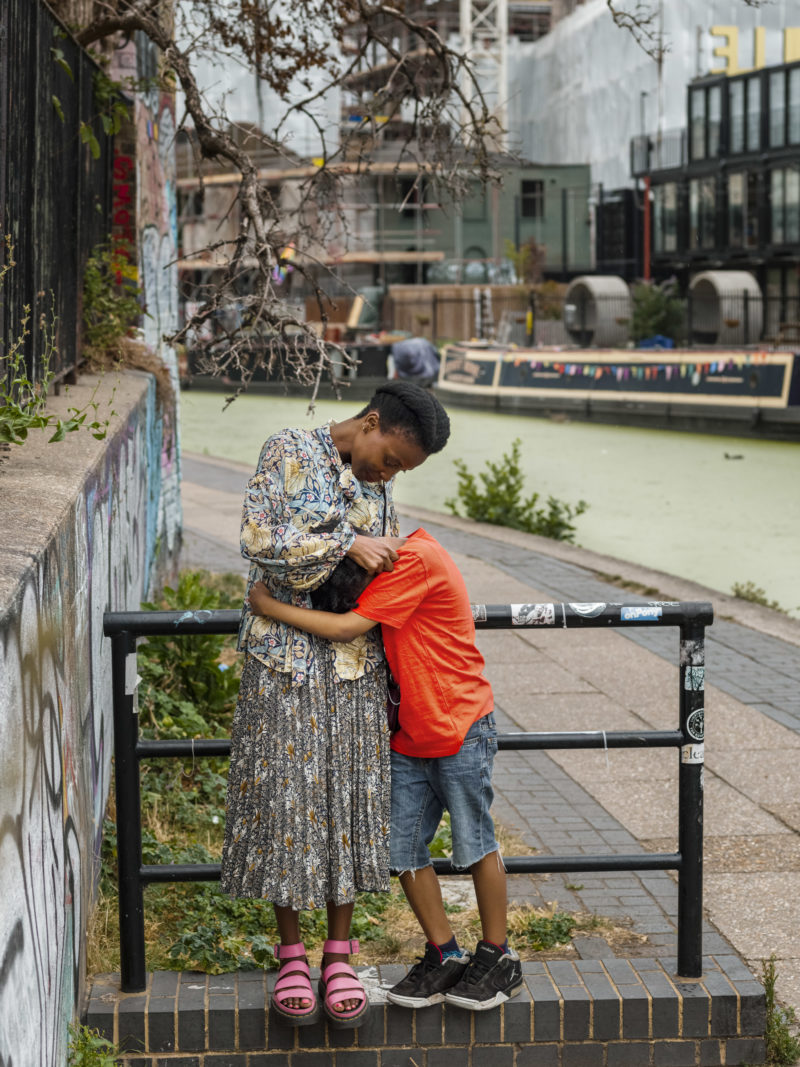 Polly Braden: Holding the Baby is at Arnolfini, 16 Narrow Quay, Bristol, BS1 4QA, from February 19 to June 12 (Tuesday-Sunday, 11am-6pm). The exhibit is free and can be booked in advance, although walk-ins may be available on the day. More information is available at www.arnolfini.org.uk. The accompanying book will be published by Dewi Lewis Publishing on March 31.

Listen to the latest episode of the Bristol 24/7 Behind the Headlines podcast: